In the spring of 2016 a collaboration between the Malmö based Galleri Rostrum and Baden Kunstverein in Austria was initiated, where the aspiration was to elaborate in an in-depth exchange dialogue between the participating artists and these two artist-run spaces. The aim is to encourage and cooperate unexpected meetings to inspire to an exchange of experiences and a possibly for collaboration.
Between 9th March to 22nd of April this year, a group of Swedish artists from Galleri Rostrum will exhibit at Kunstverein Baden in Austria. Earlier in the spring, during the of period 10th February to 4th March, five artists from Kunstverein Baden exhibited at Galleri Rostrum with the exhibition MESH. The participating artists were Martina Funder, Peter Kozek, (Kozek Hörlonski), Cornelia König, Barbara Szüts and Michael Wegerer.

[palindrome]
n. a word, phrase or sequence that reads the same backwards as forwards (e.g. rotator, nurses run). Early 17th century [from Greek palindromos ‘running back again’], from palin ‘again’ + drom- (from dramein ‘to run’). palindromic adj.
All palindromes are bound by some conditions that imposes a pattern. In this exhibition the artists glance upon different angles on the theme of what can be read as a palindrome – going forward and backwards, loping in circles, like different metaphors, as concepts and visualizations in order to open up for possibility of mirroring and reflection. The artists exhibiting explore and search for unknown patterns between their different artistic practices and their created works of art on display in the gallery space, were they also invite the visitors and viewers to participate in this exploration.

Jukka Värelä was born 1964 in Tampere, Finland. He is based in Lund in Sweden and has studied Metal Art and Iron and Steel - Public Space at the HDK/Steneby, University of Gothenburg 1991-1995 and 2000-2002 MA at 2002. He works with sculpture and installations and also runs his own company, Jukka Solutions -producer and problem solver in the field of culture. He is a member of the artist run Galleri Rostrum in Malmö since 2010.
Jukka is working with site-specific art in public space. He is using nature and science as an inspiration and starting point. With few components he investigates and experiments with the ratio between function and non-function, concrete and abstract, reality and dream.
At this exhibition, Jukka shows sculptures/installations made by birch tree. It has references to a public place commission work that he did for a primary school in Kalmar, Sweden (Lindöskolan) and it is a kind of homage to Constantin Brancusis Endless Colomn in Romania. Jukka plays with the ideas of the palindrome and creates chains of thoughts and materia in space.
Jukka Värelä has participated in numerous exhibitions and done commision work and interventions in public space since 1995. Selected work from recent years: Steneby konsthall, 2018, (X)sites kattegattleden, Höganäs, with Torbjörn Limé, Land art projekt, 2017 Galleri Rostrum, Malmö, Observationer, 2015, soloshow, Fjaltring Galleri, Denmark, with Agnes Btffn, Hamdy Reda, Kathrin Böhm, Christel Lundberg, 2013, The Hanasaari Culture Centre for Sweden and Finland, 2013, soloshow Edsvik konsthall, Stockholm, European Sculpture, methods, material, poetry, 2012 Commission work from recent years: Örebro University Hospital, in progress, 2017, Törnekvior school, Visby, 2017, Nyhems school, Ängelholm, 2017 Lindö school, Kalmar, 2015, Kungsmad school, Växjö, 2014, University Hospital, Lund, 2013
www.jukkavarela.se

Helga Steppan (b. 1976) received an MA in Communication Art & Design at Royal College of Art in London 2004, which was the beginning of her interdisciplinary collaborative artistic practice in the UK and Sweden. She works with the photographic media and process together with sight-specific installations, sculpture and elements of performance.
In the [palindrome] exhibition Steppan is exhibiting parts of her artistic research project I Can Hear you, can you see me? (The Baumbeobachter), which relates to theme of palindromes in a mirroring and coding manner of different materialities in overlapping ecologies, as a natural part of living in the Anthropocene under global surveillance. Steppan investigates the tree spices "Pseudpinus telephoneyensis”, reported in 1999 by the Botanic Society of the British Isles. They are mobile phone masts that takes their form as artificial trees in England, through field studies she searches for and visually documents the trees and their nearby environments by picking leaves and needles. Combined with archival research about Observational Post (Baumbeobachter) trees at the Imperial War Museum in London, they were spying trees made by war artists, used on the battlefields during the first world war. In collaboration with Nicklas Marelius, Steppan is exhibiting the sculpture Eavesdropping Leaves, an interactive tree that acts as a spy and plays with conversations in its surrounding environment in different temporalities. It listens in, repeats and interrupts through algorithmic palindromes.
This project is supported by the The Swedish Arts Grants Committee.
Helga Steppan has been a member of Galleri Rostrum since 2014. For more detailed CV, see:
www.cargocollective.com/helgasteppan
www.manandeve.co.uk/artists/Helga-Steppan (older works)

Cecilia Sering (b. 1963) is an artist, photographer and curator. Her work revolve around visual and conceptual projects with an existential theme. Sering is based in Malmö and is engaged in several art projects internationally. She has a combined Master of Fine Arts (MFA) from the Royal Danish Academy of Fine Arts in Copenhagen, Denmark and The National School of Fine Arts in Oslo, Norway. In her artistic work, she strives to broaden the field of view between the ugly and the beautiful and beauty and decay. By focusing on the intersection between these two extremes, she seeks to widen the gaze and observes what otherwise often remains unseen.
Juxtaposition, circular stories is a series of artworks connected to the overall theme of [palindrome] as a metaphor of an on-going storytelling. A story is not possible to recount in a linear flow of time. Rather we should look upon it as parallel stories or circular flows. Or through juxtapositions, interlaced conversations and merged layers. Some of the works shown in this exhibition is a collaboration between her and the musician and composer Valentin Grigorov.
Together with Solveig Lindgren Inderbitzin she runs the organization Fluid Art Zone. Together with Annelie Nilsson she runs the project Magnetic JPG at the Öresund Bridge. www.magnetiskajpg.wordpress.com
Cecilia became a member of Galleri Rostrum in 2004 and are the chairperson of the gallery since 2014. She has exhibited national and international. For more detailed CV, see:
www.ceciliasering.se
www.youtube.com/channel/UCXZsK0wrhZ-o68pJy1Wh3lg?view_as=subscriber

Malin E Nilsson (b. 1982) is a Malmö based Swedish artist and holds a Master of Fine Arts from Malmö Art academy. Previous she studied at the University of Photography in Gothenburg and at Tokyo Zokei University, Tokyo, Japan. She often takes experiences from her own life into hers artistry, influenced by medical history and works with the material of embroidery sewing and photography.
[palindrome] can be found in our DNA, it is like a safe copy to some of our cells. Sometime a DNA palindrome can mutate and a reason why we can get strange diseases. Unbearable and hard to understand “the not so perfect palindrome”.
Her work has inter alia been shown at the Black Door Gallery in Örebro, Vargåkra Konsthall Österlen, Dunkers Kulturhus in Helsingborg, Gallery [Format] in Malmö, Galleri Rostrum in Malmö, Örebro Läns Museum, Liljevalchs Vårsalong in Stockholm, the Museum of National History in Fredriksborg, Denmark and Gallery White in Tokyo.
She has curated several exhibitions and is a part of the curatorial group Maison de la mer.
She has lectured at the international conference History of Medicine In Practice, Uppsala, Sweden. Malin is a member of Gallery Rostrum since 2015.
www.malinenilsson.com

Maria Lavman Vetö was born 1960 in Stockholm. Based in Malmö. Studied at the Royal Danish Academy of Fine Arts in Copenhagen 1984-90 (BA) and Interaction Design (MA) at School of Arts and Communication, Malmö University, 2001-2003. She is a member of the studio association ADDO and the artist run Galleri Rostrum in Malmö since 2004.
Maria is exploring color, scale and perception, mostly with painting and digital images. She has also featured in various installation- and netart projects. Next to the artistic practice, Maria is working as an administrator at a high school in Lund. Material from the administration tasks has been used in the latest art projects. Maria shows here digital prints based on the 2000 pupil’s monthly graphical absence’s reports. The pictures are visualizing patterns – possible palindromes – from the behavior, the student’s presence and absence.
Maria Lavman Vetö has participated in numerous national and international exhibitions. 2017 Soloshow at Krognoshuset, Lund, 2016 MUTA Museum of Teletext Art) i L’unique, France. L’ unique, an art center in Caen, Normandy. 2016 "Von der kunst komplizierte dinge einfach zu sagen", with Lisbeth Grägg , Neues Kunsthaus, Ahrenshoop, Germany. 2015 International Teletext Art Festival ITAF 2015 and artist talk at Ars Electronica Festival 2015 ”Post City”, Linz, Austria. 2013 Solo Galleri Lilith Waltenberg, Malmö 2012 "Tasted Shapes", Budapest Galeria, with M. Landgreen (Dk) and T. Bechmann (Dk), Budapest.
www.marialavman.se

Ewa Bergs art practices is painting, screen printing and collages where she processes the color and the materiality  and put it into play with figures and the figurative elements. Her art work relate to [palindrome] like a dadaistic play with the circular both literary and formally. It can be read both forwards and backwards and form meaning both ways. It´s like a pattern back and forth. Again. I have played with words that are read as palindrome in english, german and swedish. Dad. Pop. Elle. Put-up. Väv. Teköket. Noon. Radar. Die Liebe, ist sie Beileid? 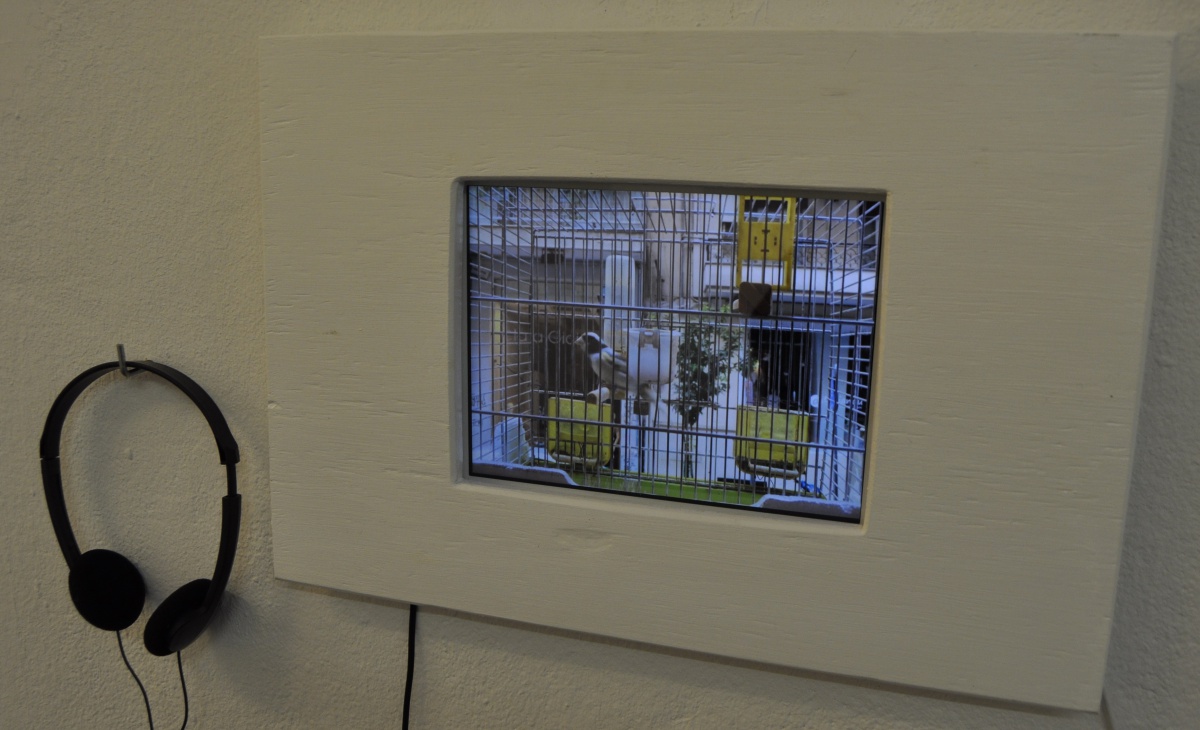 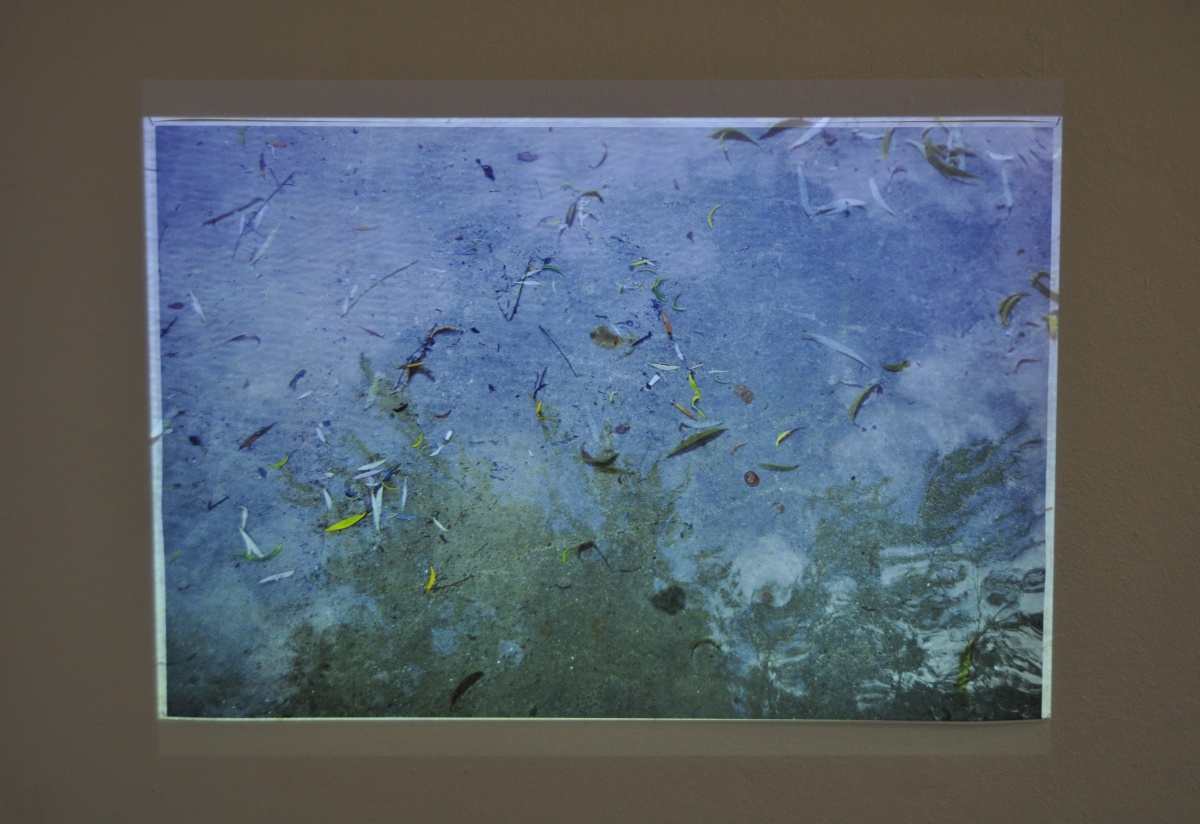 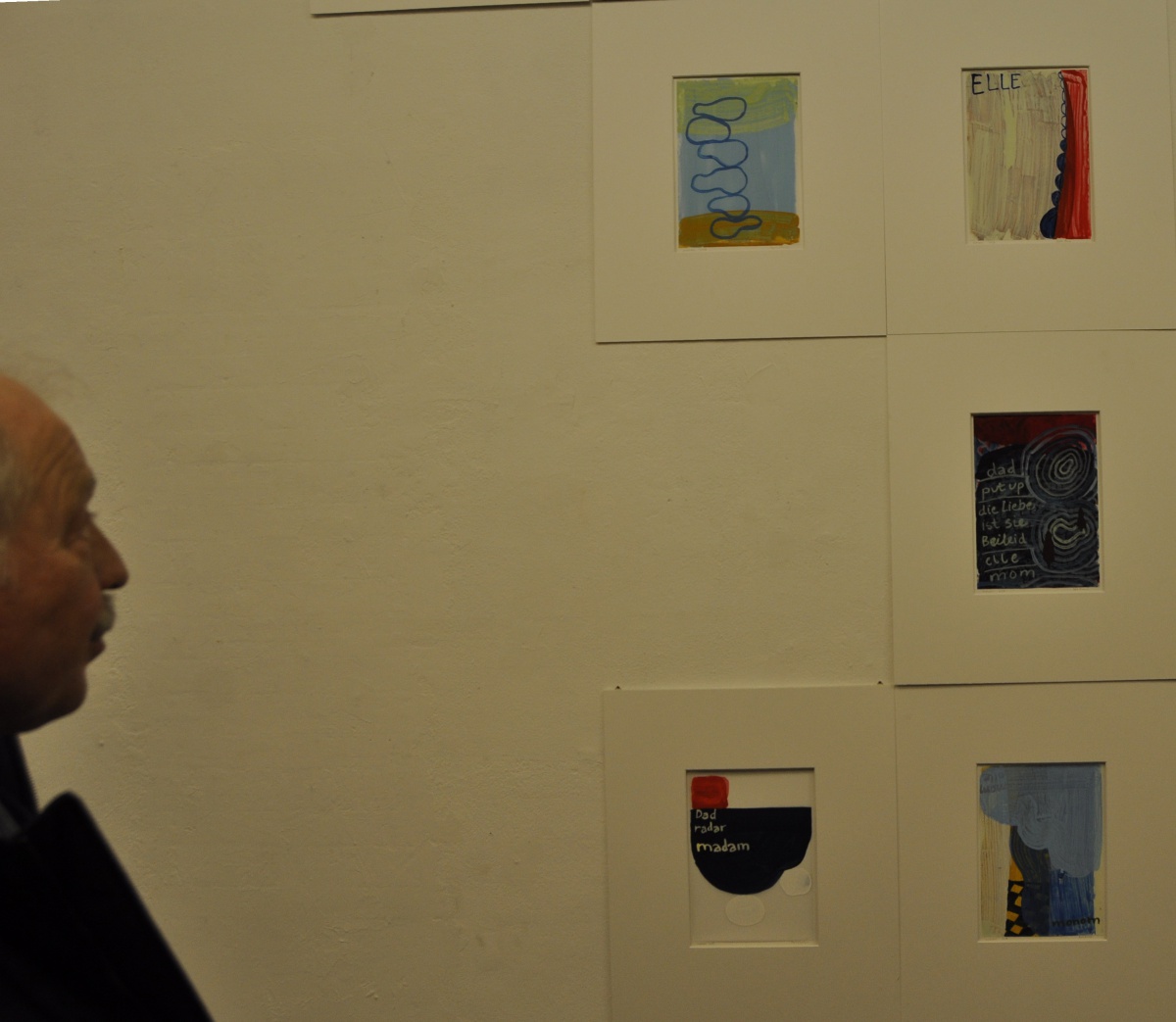 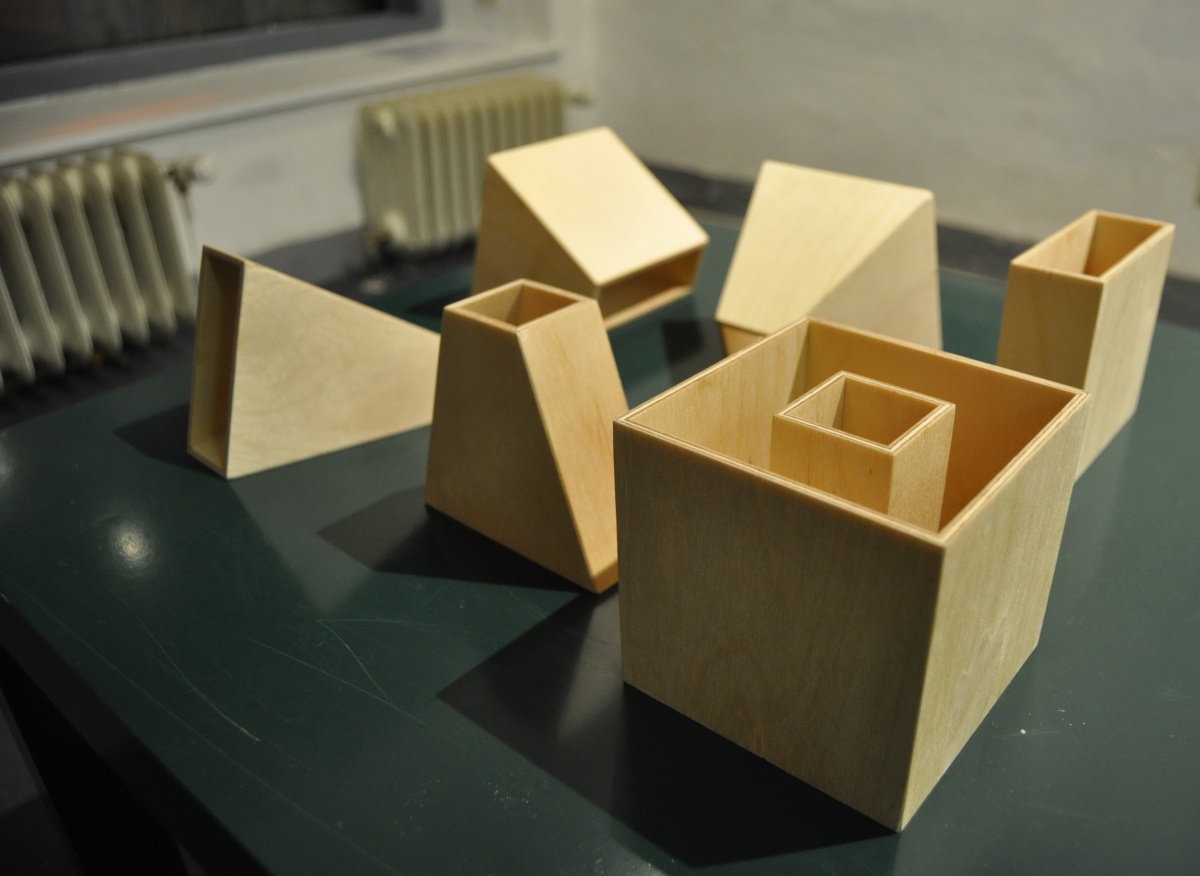 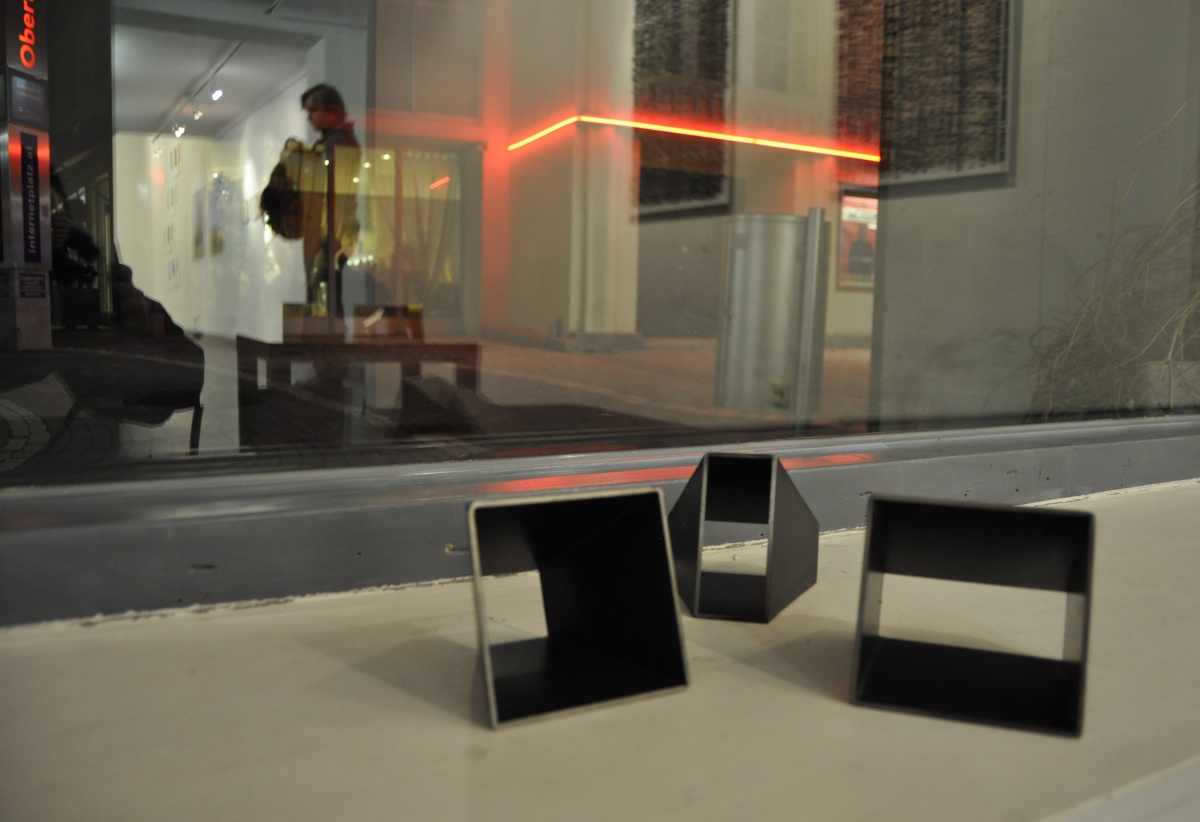 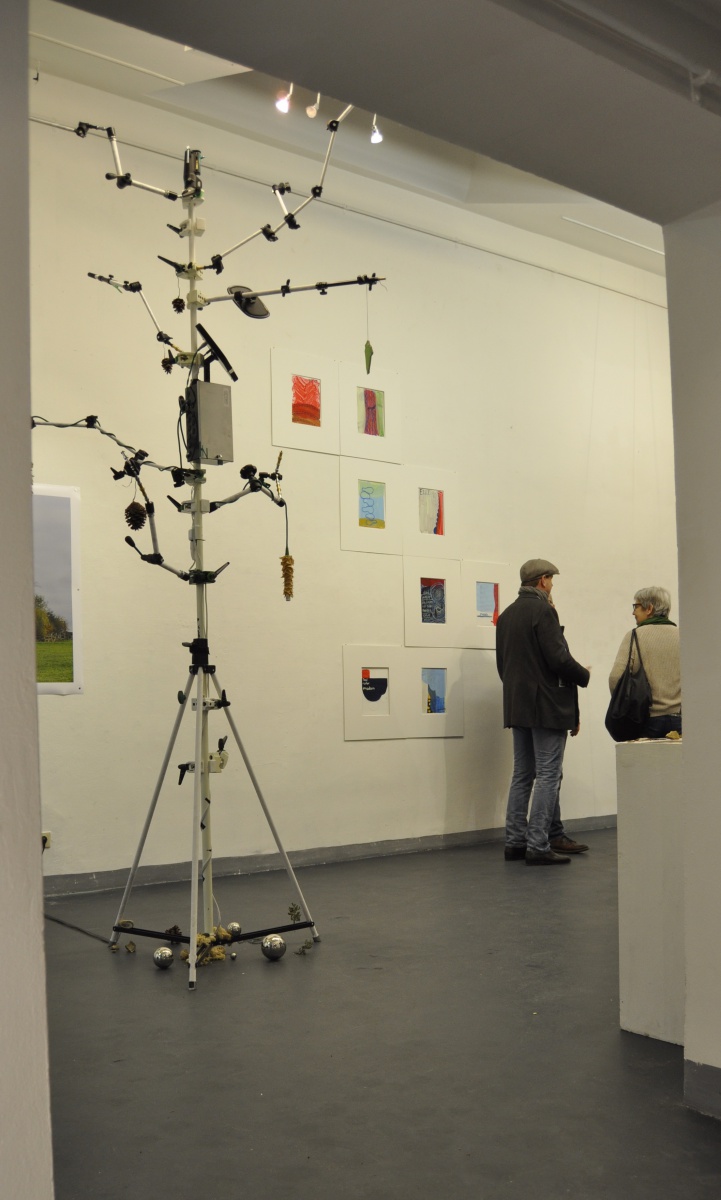 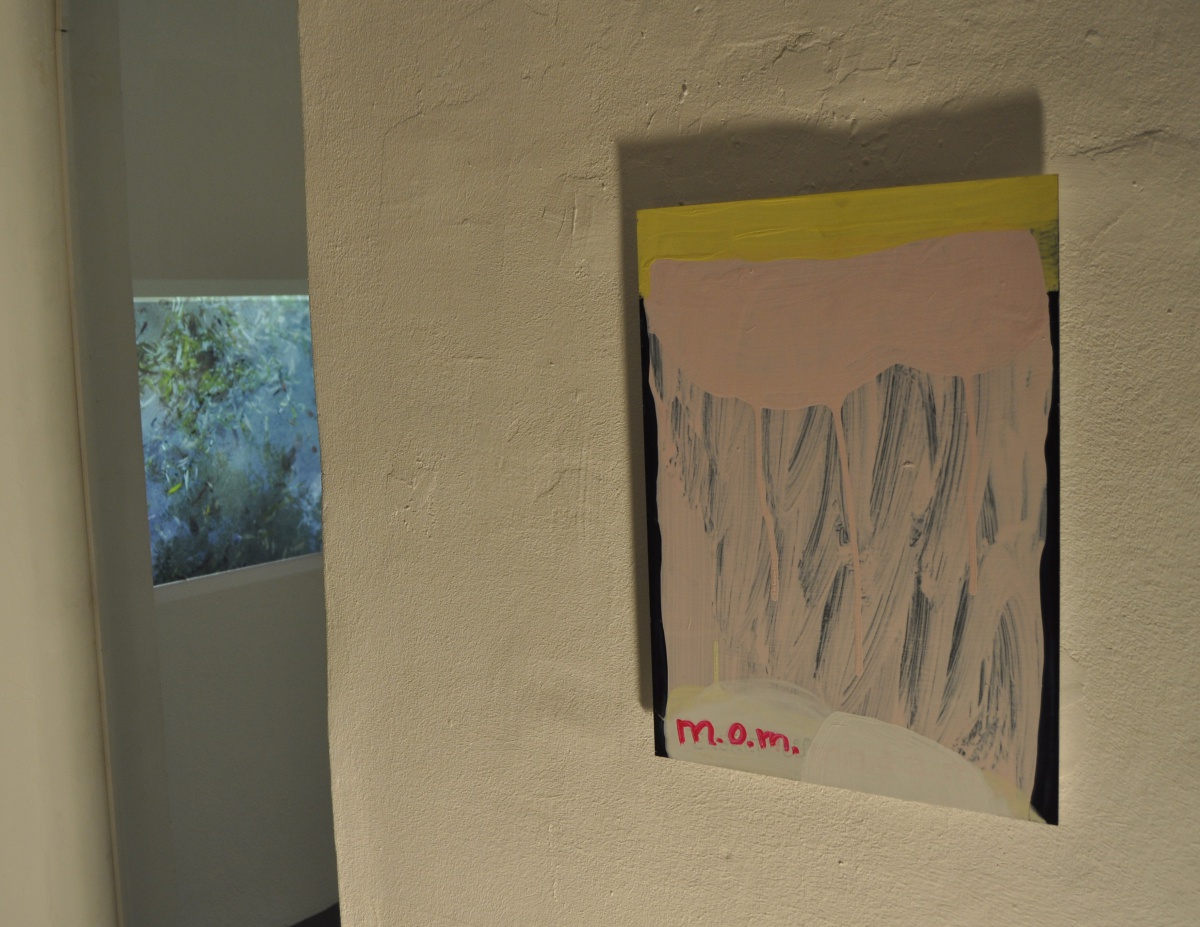 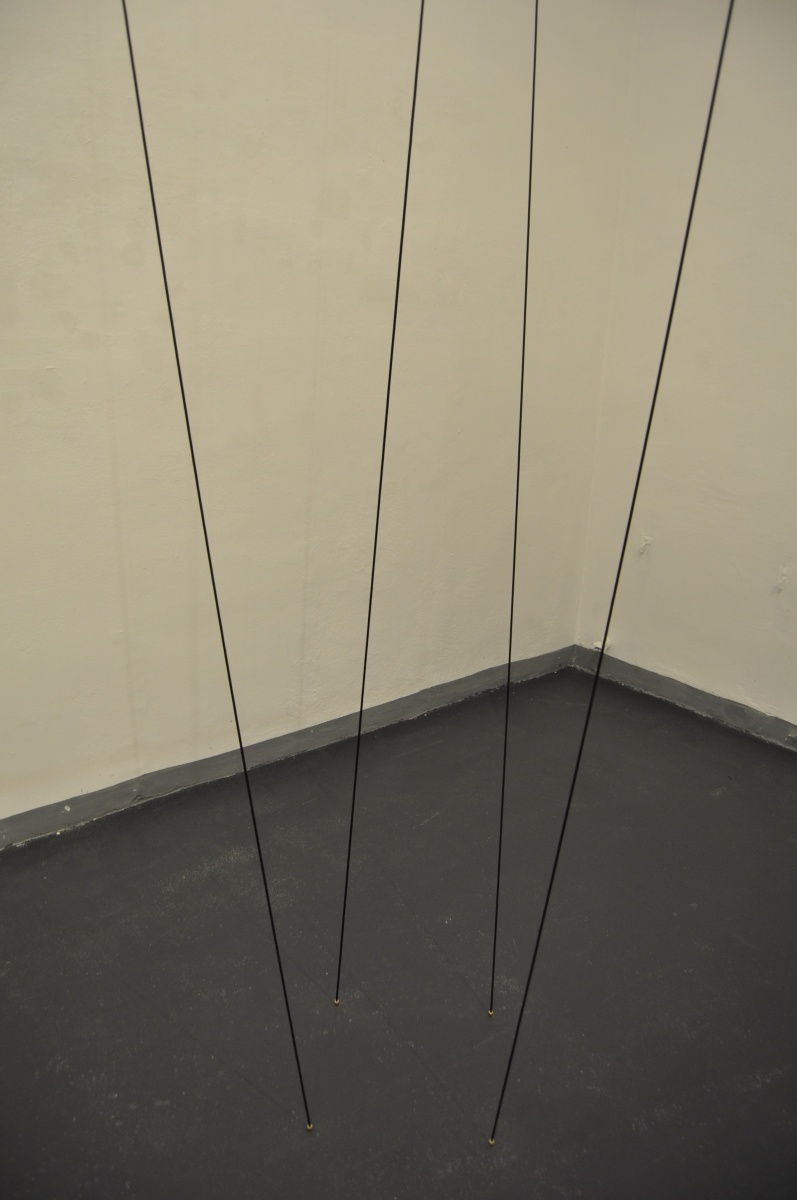 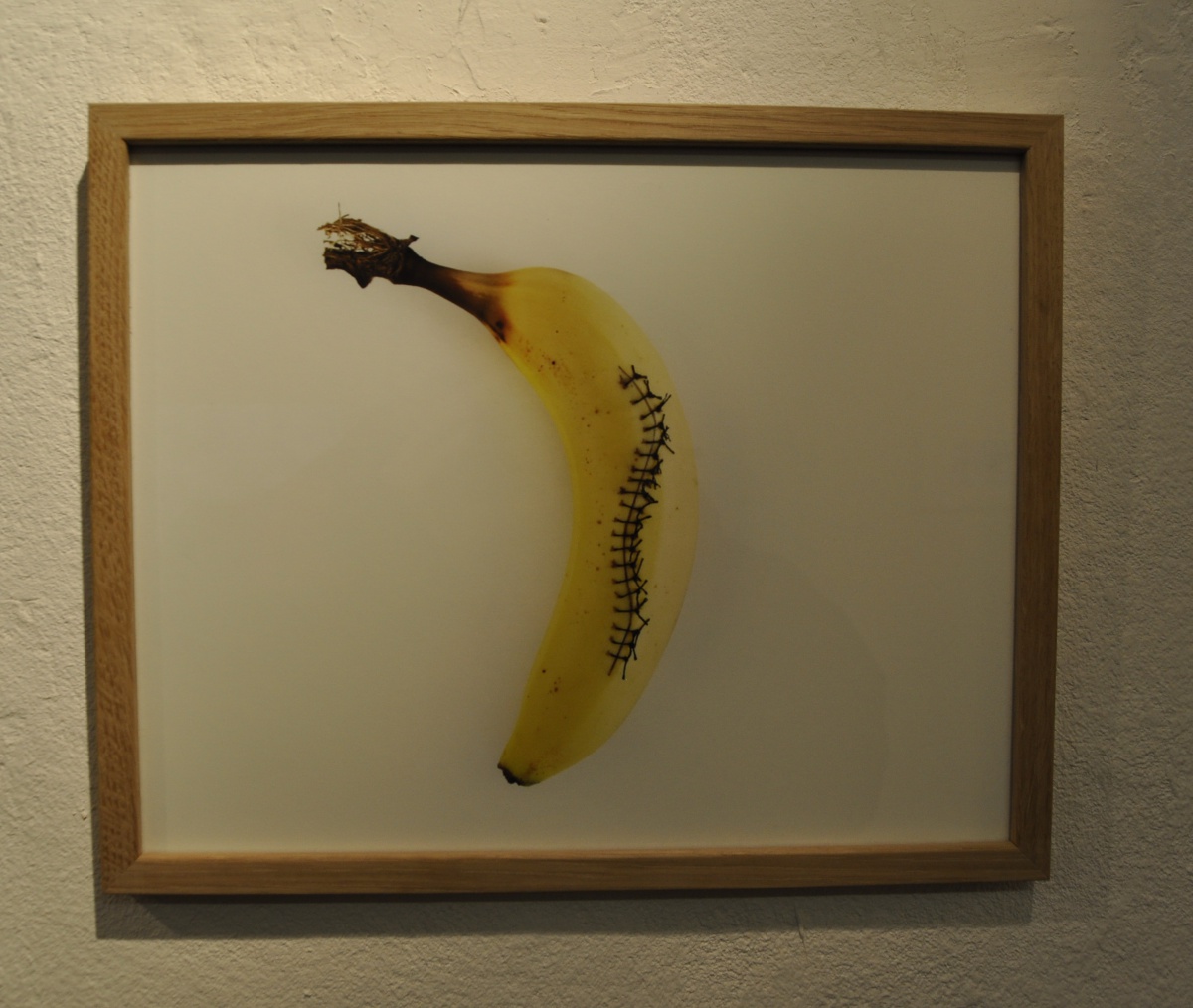 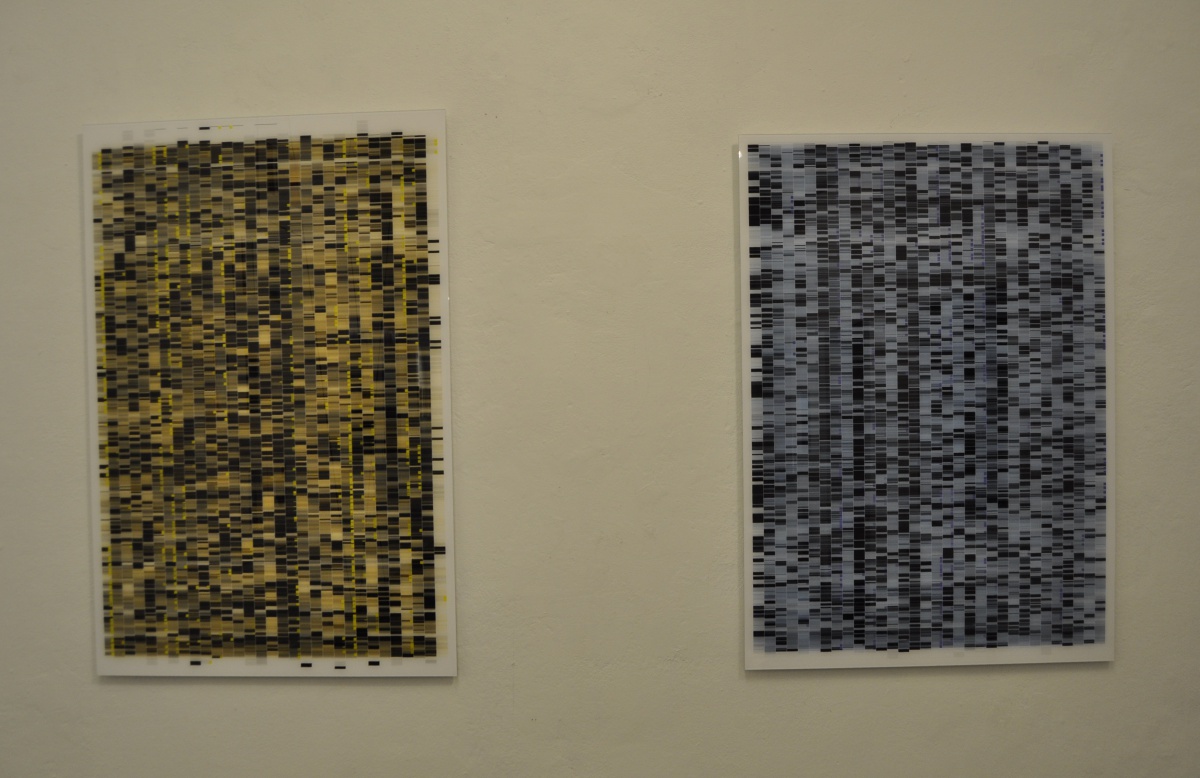 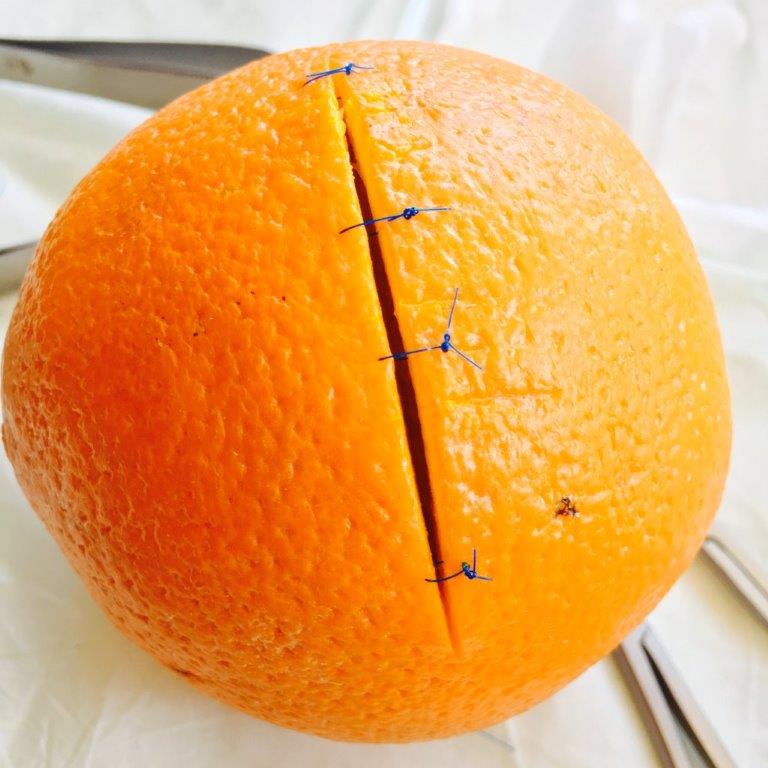